Navratri shopping is in full swing 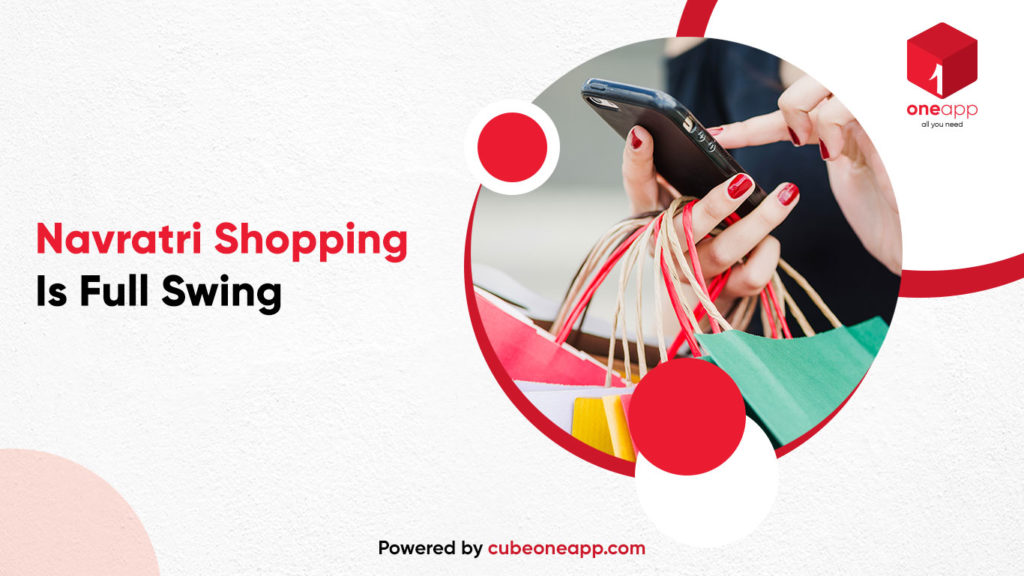 Nine days of Navratri are considered to be one of the most auspicious occasions in India. These days are full of blessings and abundances as Maa Durga arrives on Earth with her children and flourishes our lives with her blessings.

The shops, stores and city mandals are doing their best to provide every essential which is required for a soulful Pooja. This festival is dedicated to Maa Durga, who is considered to be the supreme power to destroy the evils of this universe. Devis  nine avatars are worshipped during these nine days. This festival is celebrated with a great enthusiasm and devotion in the whole country.

Every year, the festival is celebrated on a greater scale. However, this year due to the ongoing pandemic situation, certain restricting rules have been laid by the Government. The puja committees are trying to arrange the puja adhering to the rules and regulations. Pandals are getting ready in several cities, however in much lower scale and relatively in smaller sizes. Also there are many devotees who are preferring to choose eco-friendly idols which are made of brass that will cost them 300rs to 3,000 and maybe more.

Entire market has been filled with several products that will be used during the nine day festival of Navtarti, the devotees are running errands around the market to prepare for their Ghat Sthapana, Garba and Dandiya raas. Mumbaikars have been shopping for puja materials, jewellery, decorative articles, food items, groceries and several other things.

The most important and auspicious pot by the name of “Garba” that’s worshipped as a goddess is available in every second shop. These pots are being beautifully colored and decorated to attract the audience.

Not just the food items and decorations, but the cloth and garments are also being sold though malls are relatively vacant, but stand alone shops and online stores are doing pretty well. Gorgeous sarees and ghagras are supposed to be offered to Maa Durga during Navratri, these clothing items are available in several varieties with prices ranging from 10rs to 500rs and above depending on the quality and material of the cloth.

Along with fancy and beautiful cloth offerings, jewellery and ornaments are also to be offered to the goddess. Traditional jewellery such as Bajuband, Kolhapuri Saaj, Laxmi Haar and Bor Maala are generally the popular ones.

Haldi kumkum are one of the most sold items during Navratri, there is a huge demand for these materials during the festival.

When Navratri brings so much blessings and joy, it also brings the period of Fasting that’s known to be the most important aspect of these nine days. Communities like Gujratis and many others fast for nine days, hence items like sago, dates and jaggery are all stocked by the grocery stores so that the buyers don’t fall short of any.

Your local grocery stores are all set to serve you the best on oneapp, you can stay at home safely during the era of social distancing and still order all the needful items from the nearest stores only by browsing and ordering on oneapp.

The stores that are listed on oneapp are genuine and are your recognized places so that there are no inconveniences for you to trust the quality of the materials which you will pay for.