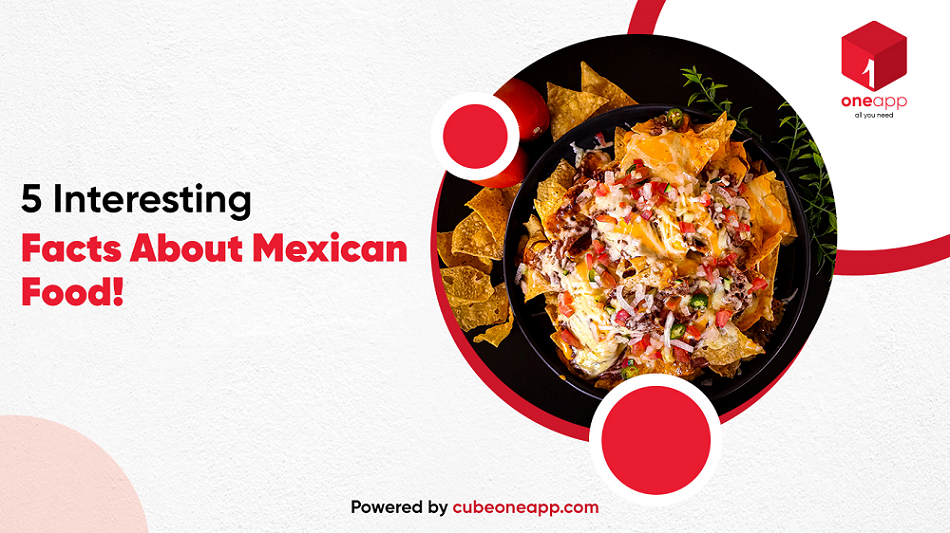 When the word “Mexican Food” comes in our minds, it is often classified as a cuisine that consists of a lot of flavors & tasty dishes. The mexican food is highly known to be colorful in its presentation & spicy & tangy in taste.  Many of us now are quite a bit aware about the mexican culture and their food, but there are few facts which many  are unaware of and are really interesting.

In this article, we are going to discuss the 5 amazing facts about Mexican food & why it is so famous all across the globe.

Mexican food is known to be very healthy, as it has the perfect balance of every nutrient from  carbs to proteins, also the main ingredient in their food is a lot of vegetables which add unique flavors to their food. Their regular dishes like beans, chilli peppers and cors consist of a plethora of vegetables which none of us must have ever heard of.

Also, these vegetables are mainly wild green vegetables which have to be properly washed and cooked in spicy stews and soups which gives an amazing taste to the dish.

We all know the fame of nachos and fajitas at every mexican grill restaurant, especially at the Pop Tates chain of restaurants which is known to serve yummy & authentic mexican dishes under their roof.

Although, these 2 dishes are not actually Mexican as it was invented long back in Texas, yet it got famous in Mexico. Hence it is concluded that this Mexican Fast Food is actually a Tex-Mex Food.

If we start with nachos, it has a very interesting story behind it. It starts with the head waiter of the restaurant where he had to serve a big group of women with a dish. Although, due to the unavailability of the chef, he entered the kitchen and mixed all the available ingredients such as cheese, tostadas, jalapenos that later came out to be the most famous & delicious dish called “Nachos”.

Talking about Fajitas, it is to be noted that the name of this cuisine comes from the word “Faja” that means “Strip”. Its history is related to a Texan farmer who was given some cuts of beef. Then he cooked it over by the fire after marinating  the strips with lime juice, onion, pepper and other vegetables.

Mexican cuisine requires a special utensil and kitchen tools.  To give an example,  a molcajete is a small mortar that is used to grind the spices for an authentic salsa. Another is molinillo which is specially used for making  frothy chocolate. There is also comal, which is a flat pan that is needed to make and heat tortillas properly .

Mexican food holds great credibility & reputation among the people around the world. You can eat a good Mexican treat from the Pop Tates Restaurant, who are extremely popular to serve their customers with lip-smacking Mexican Fast Food. The best thing is, it’s now available on oneapp!